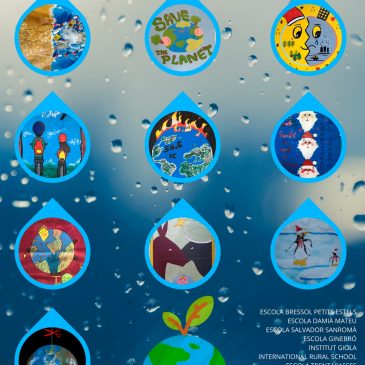 This year marks the seventh edition of the exhibition Merry Christmas from the air, Jesus is the coordinator and Costa.

It is an exhibition of paintings that will be on the streets and squares of the Llinars del Vallès, 1 December 2018 to the 8 January 2019.

Jesus Costa, our gallery artist invites us next 1 December at the opening of the exhibition of paintings and photographs of small and Costa de Jesús Antonio Casas González Library Can Llinars del Vallès. Where you can also enjoy the musical performance by David Bawa.

The first stage of the educational course at the French School and then continued his training graphic artist at the Massana School and at the Faculty of Fine Arts in Barcelona, while working as an apprentice in his father's print shop.

El 1967 they moved to Paris where he continues his apprenticeship at the Ecole des Beaux Arts, later cabbage·working with the Polish sculptor Piotr Kowalski. In Paris in May 1968 working on posters for the movement of workers and students. After he returned to Spain until 1972 who moves to Chicago, two years later it fixed his residence in New York